Originally published in The Mortmain, the official newsletter of the Estate Planning and Probate Section, Atlanta Bar Association, January 2016.

Tax return due dates will change in 2016. Individual income tax return due dates of April 15 which can be extended to October 15 will not change. The table shows changes for other tax returns. What was once routine is more complicated, at least until we get used to the variety of new due dates and extensions. The “months after year end” and “after original due date” columns in the table for Ccorporations with December due dates are applicable for all C-corporation fiscal years except for June 30. That month end is special. The Report of Foreign Bank and Financial Accounts, commonly known as FBAR has been conformed to the individual tax return due dates including the opportunity to apply for an extension. That is a welcome change. The reasoning behind these changes is that they will make it more likely that individual tax return filers will receive K-1s from partnerships and trusts before the April 15 due date of individual income tax returns The ultimate goal is to reduce the need for extended and amended individual income tax returns because of a lack of information from partnerships and trusts. Another objective of the changes is to stagger tax return due dates. I think there is a higher likelihood of missing due dates that have been accelerated by a month until this variety of due date changes becomes common place. These changes were signed into law on July 31, 2015 by President Barak Obama as part of the “Surface Transportation and Veterans Health Care Choice Improvement Act of 2015” 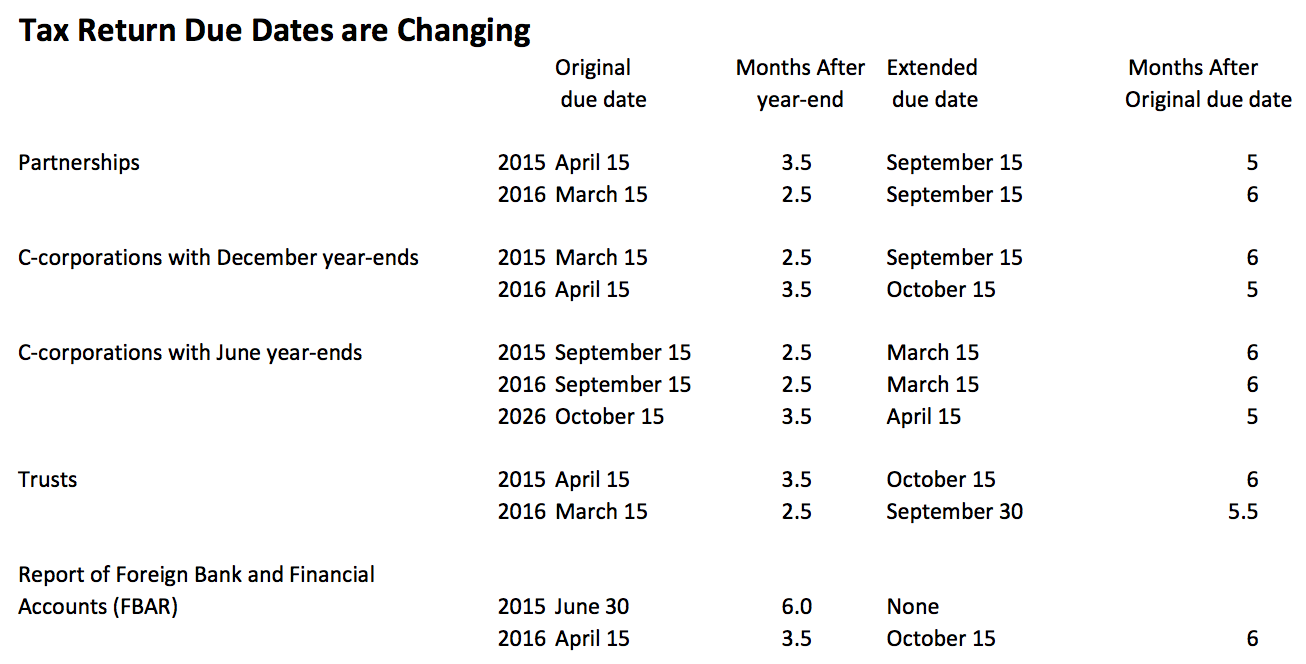